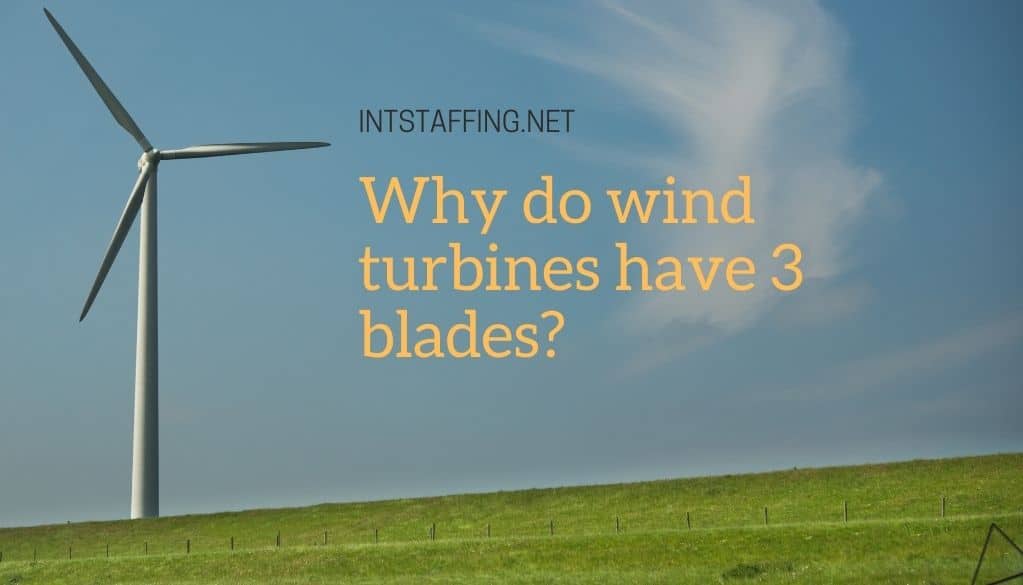 Why do wind turbines have 3 blades?

What explains the number of blades that are affixed to our wind turbines?

Wind turbines are more and more an integral part of our energy landscape, have become in some countries a staple in the production of electricity. While their basic operation is no longer a secret, many are unaware that the number of blades they contain is essential for their energy efficiency!

Why in fact do wind turbines have 3 blades? Here is the reason.

It should first be noted that wind turbines have not always had three blades! Indeed, the first wind turbine was created in 1888 by Charles F. Brush and had no less than 144 wooden blades, which generated 12 kilowatts of power.

This quantity certainly seems small to us, but it was a large amount of energy for the time, especially since until the 1930s, wind energy was one of the only sources of electricity in the American campaigns that were not served by power lines. However, the expansion of lines has eclipsed wind turbines, and it was only a few years ago that they resurfaced, with a view to sustainable development.

The principles behind wind power generation are the same as those of the 19th century. The wind is only moving air, and where there is movement there is necessarily kinetic energy. Wind turbines are therefore designed to present an obstacle to this kinetic energy in order to slow it down and convert it into electrical energy. This obstacle thus takes the form of the blades, which are designed to produce maximum energy.

The design and use of wind turbine blades is a delicate science that relies on many factors such as aerodynamics and air resistance. From an aerodynamic point of view, the blades are designed much like the wings of an airplane. The rear of the blade is a bit more curved than the front, much like an airplane’s wings are curved upward at the tip.

Because of the obstacle formed by the blades, the air moves at a greater speed behind the blade than in front of it. This is what turns the blades, and begins the process of generating electricity.

However, engineers should pay attention to the blades, because if they are too big an obstacle, they will not produce enough energy, and if they are too weak, they could move so fast that their movement could not be absorbed by the turbine inside. Not to mention the noise they would generate, which could go so far as to pass the sound barrier!

Why then do wind turbines use three blades? It is in fact a compromise between efficiency and stability.

Three-blade wind turbines are therefore an optimal solution and have now become a standard, a convention.

Why do you Need Doctor’s Note for Missing Work Days?

Reviews – How Much do Vets Make in USA?