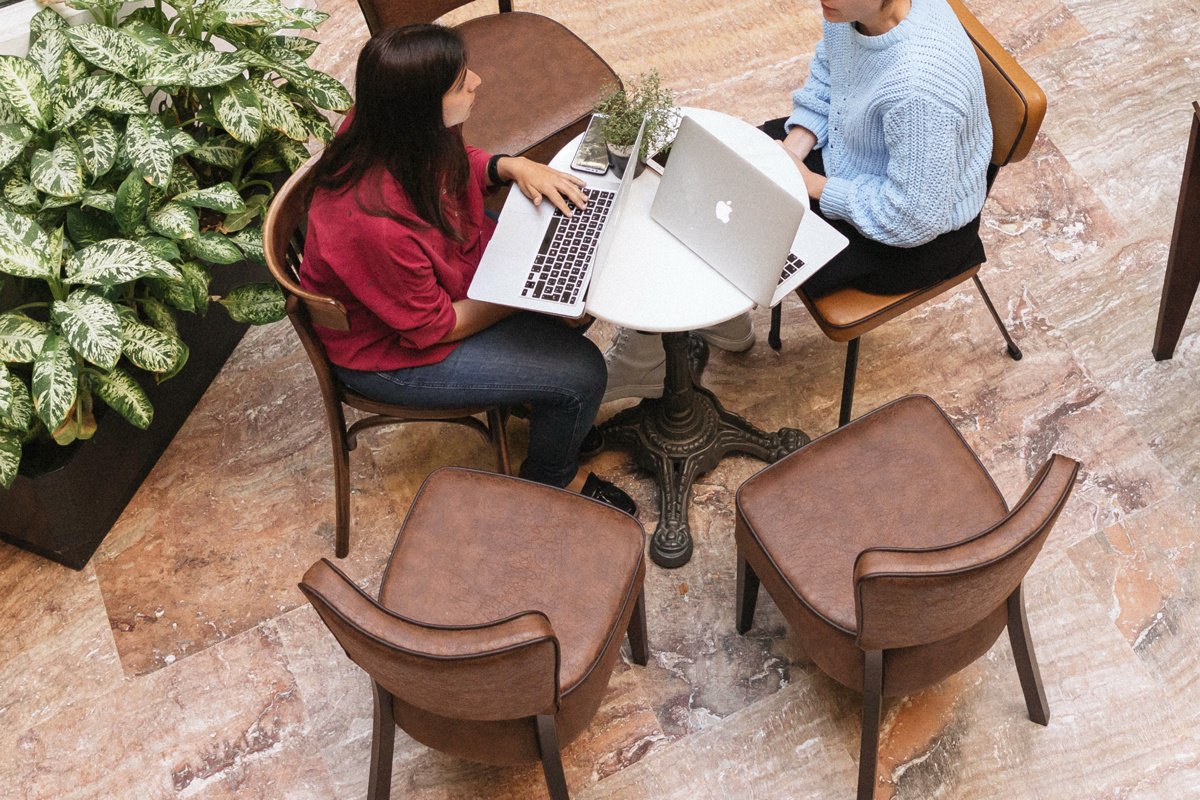 “Surprise” language test: how to succeed in the recruitment process?

“Hablas español? Pues contame algo en español… ”Silence. You are stuck. But what happened to you mentioning “fluent Spanish” on your CV, while you have not practiced it since your LV3 in high school? And why ask yourself about this language for a post that does not use it?

This is the famous “ crash test ” of foreign language that recruiters often practice internationally. At first glance, it may seem vicious to question the candidate on a language for which the position does not explicitly provide for its use. It can be seen as a test devised to trap you. But behind this deceptive appearance, there is usually a rational explanation. So, how to react in this situation and get out of it with dignity? Explanations and advice with Marie-Agnès Deharveng, Talent Manager at Early Metrics.

Language crash test: why such a practice?

At first glance, the interest of this language does not seem obvious to you. But there is probably one for the recruiter. ” There is always a context that justifies this question, explains Marie-Agnès Deharveng, it may be a large customer who speaks the language fluently, or a desire to expand the business into a new geographic area. This test is not done at random “. So forget the conspiracy theory, the job you are aiming for may sooner or later be useful.

And then there are also candidates who hold out a pole to the recruiter. « When I see the words ” fluent spanish »On a CV, continues the HRD, since I like to speak it, I will naturally surprise the person by questioning them in this language to see how they react. »Marie-Agnès generally observes 3 types of reactions: the one who answers in a fluid way, the one who gibes, and the one who answers in French. ” It is a good way to ensure the honesty of a candidate, she continues. But above all, tell yourself that beyond the veracity of the CV, there is often an issue within the company. Here are 5 tips to avoid being totally helpless in the face of a language crash test.

Marie-Agnès is categorical, “ lying on your CV is crippling. It’s counterproductive. ” I remember an international recruitment in biomedical with mandatory training in the US, she illustrates, a candidate had written ” bilingual in English »On his CV. But, no sooner had I questioned him in English, I noticed that he was not at all the level. It was catastrophic. Be in a relationship with an English, having taken business school courses in English, or having been to Australia, does not make you bilingual. Only natives or those whose parents are English can claim this title!

To summarize, ” what you put on your CV must reflect what you do or know how to do », Insists Marie-Agnès. Because in reality, if you are asked about this language, it is because the company is looking for a real skill. « The risk of lying on your CV or of overvaluing yourself in a language is that you create a gap between your CV and reality, she continues. And such a gap will surprise and disappoint the recruiter. So be as honest as possible, just so there won’t be any surprises on either side. »

« We often see five lines of languages ​​on a CV, tells Marie-Agnès, as if everyone was multilingual. When in fact, this type of profile does not run the streets. So forget the languages ​​you no longer speak, they will not be useful on your CV. » La DRH recommends not to tempt the devil by mentioning languages ​​you do not understand. You will thus avoid this questioning in German to which you cannot answer. List only languages ​​that you actually speak.

« As for language levels, don’t overvalue yourself … but don’t devalue yourself, she suggests. It is striking how the assessment of a language level by a candidate is never exact! », The HRD is surprised. To accurately judge your level, ask a native speaker, or even your former teacher. « There is nothing more annoying than seeing “fluent” written when the candidate’s level is actually intermediate, she assures. You have to properly assess yourself to put the recruiter in good conditions. »

3. Behind the language: understanding the culture

Experience abroad does not make you a native of this country. If you have lived in China for 2 years, you are probably not bilingual. On the other hand, you are of genuine interest to recruiters. ” Sometimes the language level is not perfect, explains Marie-Agnès, but what is interesting is that the candidate was able to observe and adapt to the mores and customs of a country. He knows the codes. In some situations, this emotional intelligence, more than the language level itself, must be emphasized. And it’s also up to the recruiter to be flexible. »

« I had an interview myself in which I was asked to call a member of their team who was original german, she recalls. German had been my LV1, but I hadn’t really practiced it lately. I jabbered a few words, but most of all I insisted on the fact that I knew German culture well. Arrive on time for an appointment, hold a speech square and being rigorous demonstrated it. »

Raphaël was in exchange in Spain when the HRD of a large group called him in response to his internship application. An internship in France, with a French team, a priori nothing to worry about his level of Spanish… But that was without counting the company’s international projects. ” Quickly, the recruiter noted my presence in San Sebastian, Raphael remembers, and he asked me to tell in Spanish my life there. At the time, I was a little surprised and not very comfortable. But I quickly realized that the vocabulary I could use was extremely simple. I mentioned tapas, surfing, in short my daily life, in my words. And I passed between the drops! »

For Camille, lawyer, the language tested was more original. During her studies, she interned in Cambodia in an international jurisdiction. A step she mentions on his CV when applying to a large Franco-French firm. ” On the day of the interview, the firm partner reread my CV in front of me, she recounts. And I’ve seen her get excited about that particular line. ”While the proposed job is in French, the recruiter asks her if she speaks Khmer. ” I told him that I had some notions because I had taken lessons with my 12-year-old neighbor, she continues. She had fun and I had to comply. I jabbered two, three sentences with a deliberate emphasis and she laughed. The interview ended on what a test. And I went hired ! As astonishing as it may sound, I believe that this moment of the interview played out! I had the impression that she was testing my ability to let go and my curiosity … »

If you have not indicated that you are bilingual on your CV, the recruiter won’t expect you to be. Do not panic, stay relaxed and assume your language level. After all, if the employer contacted you for this interview, it is surely that your profile suitable for the job.

5. Trust yourself and step out of your comfort zone

For Pauline, the challenge was not so much the language itself, as produce quality work in a foreign language.Fluent in English, she unashamedly applied for the post of editor in chief France of a major American magazine. Writing strategy, writing, everything was in French in an English-speaking setting. Easy peasy. Only here, during the last interview, we asked him to write a strategic recommendations report as well as an article for editorial writing and all that in the language of Shakespeare ! Just that ! ” I was 21 at the time and, although I had a good level of English, I had a peak in stress, she recounts. Interviews in English with the bosses were already stressful, but writing such technical content, with a real career stake, was something else. I was going to be evaluated on all fronts. First on the substance, with this report of strategic recommendations in English, then on the form with the writing of an article that was going to evaluate my most precious work tool: “my pen”. However, Pauline did not let herself be taken down. She ditched everything for this file. ” I answered ” Great, ok ” and made it clear that English was not my native language, she remembers. I took it as a challenge. Then, I identified the keywords that best reflect my vision. »Result? She is hired! ” Looking back, I tell myself that this test was a good introduction to the four years I spent with them, she concludes. It was challenging, but super positive to get out of your comfort zone … »

Getting out of your comfort zone prompts you to show your full potential in the language being tested. Be careful, however, when you indicate your language level on your CV, also take into account your level in written expression. Because if, like Pauline, you decide to test your writing skills and you do not have the expected level, you risk being penalized.

If we recap the advice of Marie-Agnès, caution should lead you not to mention a language you do not speak. And, if you are spontaneously challenged during an interview on a foreign language that you had not anticipated, don’t mince your words. If the level doesn’t follow, give the cat your tongue! The key is not to remain speechless … and therefore not to lie about your language level!

10 tips to get rid of stress before a job interview

This article is present in

Welcome to the Jungle Students
Apply

What professional skills should you highlight on a CV?

How to make a CV without experience?

What does an industrial engineer do?

5 risks to take to advance your career